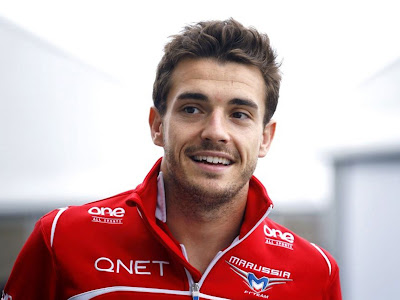 Sad news out of Japan tonight that Jules Bianchi, 25, has succumbed to injuries sustained in a horrifying accident during the F1 Japanese Grand Prix at Suzuka back in October.  He suffered massive head injuries when his car slid under a tractor that was off the track assisting another driver that had crashed previously.  I was watching the race live that morning and the camera angle they were on didn't even really catch what had happened, all anyone saw was a blur and the tractor bouncing in the air.  After a few minutes the commentators figured out what had happened and they went to the other camera angle and everyone was stunned.  You could tell right away that this was a very serious crash.

Jules had been in a coma ever since and today his fight ended.  This is a terribly sad end to a very promising career and a very promising young life.  He is the first F1 driver to die in a race or because of injuries sustained in a race since the great Ayrton Senna was killed in 1994 at Imola.

I include video of the Jules Bianchi crash below for those who haven't seen it. It is not graphic but it is disturbing.


My thoughts and best wishes go out to the Bianchi family.  Jules will be missed by many.