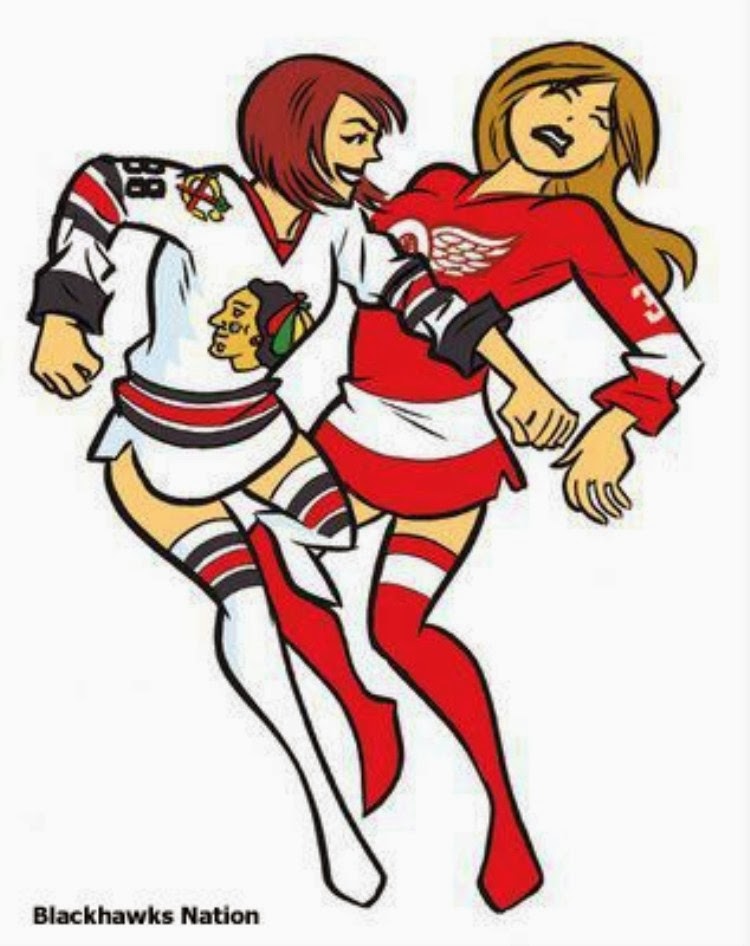 The Blackhawks visit The Joe in Detroit tonight to take on our most hated rival, the Red Wings. Some say the rivalry has kind of died off now that the Wings have gone to the Eastern Conference and we will only see them twice a season. I heard Blackhawks winger, Kris Versteeg offer an alternate take on that yesterday on The Score 670. He said now that we only see them twice a year it might be even more exciting and heated. I can see his point but it still just won't be the same as when you were actually fighting them for a playoff berth/seeding. I will still look ahead on the schedules for many years to come for Detroit though. And of course we now have something else we didn't have before, the chance to meet them in The Stanley Cup Finals. My that would be a series.

In weather news we are still being punished for the previous two mild winters we enjoyed. We've already gotten like 36" of snow this season and the forecast for the next few days is all single digit and teens temps with like 3-4 snow systems all stacked up and moving through. Jesus, if this doesn't break I might actually have to put on some long pants! 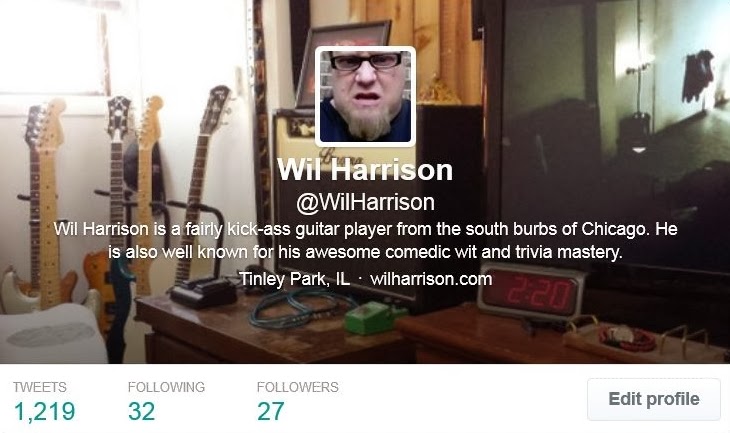 Finally, if you are on Twitter and if you're not then you need to be, if only to follow yours truly.  You never know where and when thought provoking topics or raucous original comedy is gonna be unleashed.  When it does, you want to be there.  Follow me at @WilHarrison, you'll be glad you did.