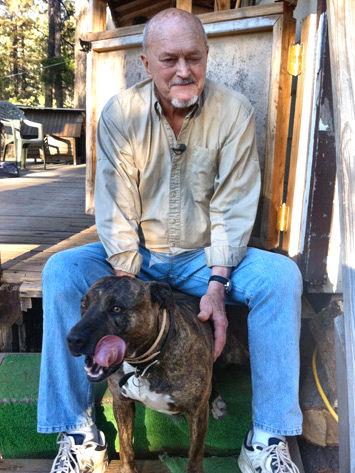 27 years ago on a hot summer day Jack Rebney hired a film crew and set out to make a promotional film for Winnebago. Things did not go swimmingly. Outtakes were compiled by the crew after the fact and circulated around on VHS tape for years until YouTube came along and Jack went viral as "The Angriest Man in America".  A few years later a filmmaker named Ben Steinbauer decided he would like to see if he could find this angry man which he finally did after months of searching in Northern California. The resulting documentary was released in 2010 entitled, "Winnebago Man". I did indeed see it and enjoyed getting to see the follow up of exactly who this man was/is. So many times we see videos and such and wonder, "did they live through that?" or "I wonder how they turned out after this?" or "where are they now?" It almost gives you some kind of "closure".
The thing that drew me to this "Winnebago Man" was that he reminded me of my late Father, who oddly enough died 3 years ago today. Many o' times you would hear a slew of expletives coming from the garage and the unmistakeable clang of metal tools and the like being flung across the floor or slammed on the workbench.  And yes, we had a Winnebago, LOL. 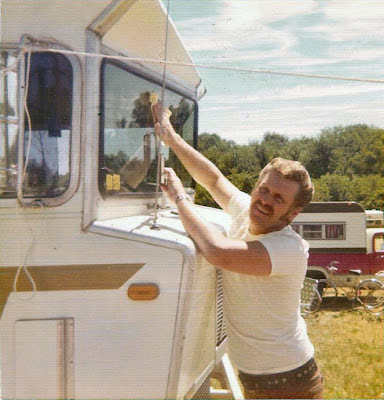 Now I'm not gonna go into a sob story about how my Father and I never really did see eye to eye and we were not very close.  It was what it was and there's no changing anything now. I do miss him alot. I did turn my Dad and my brothers on to the Winnebago Man vid a few years back and Dad did find it quite funny.  I told him it reminded me of him, I wonder if he saw that angle?  Enough of this now, let's get back to Jack. 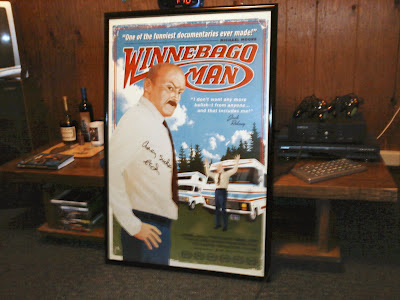 Yesterday I got an email alert from the Winnebago Man film site saying that Jack had lost everything in the recent California Ponderosa wildfire.  Jack, now 82 years old and just about totally blind, was living and working as a caretaker at a hunting/fishing lodge or something like that.
You sometimes wonder why some people in this world come into your life if only for a brief moment and touch you in some way (knock it off fuckers, this is heartwarming shit).  Today I'm gonna send Jack a note telling him that for some strange reason that incredibly bad day he had back in 1985 in that hot Iowa sun touched me.  I'm gonna tell him that sometimes when I think everything has gone to hell I watch that 4+ minutes of pure comedy and it always makes me feel better here in my world, even if that was never his intention.  I'm gonna print out a picture of my official autographed by him movie poster and I'm gonna put $25 in cash in there to help him out.  I think he needs it more than I do right now.  Is it my way to redemption?  Will it make me feel better about myself?  Maybe.  Will Jack send me back a letter telling me to fuck off?  Maybe.  You just have to know Jack.