The other day I was looking through the new apps for my phone and I came across a radio app called TuneIn.  A couple of years back before I knew what all of these "apps" things were I was really wanting a cell phone with a radio receiver, of which they only made a few, must have not been very popular.

You see, I like to listen to news radio, sports radio and the like.  Seems that most of the time when I am in the mood for music I go to my own mp3 collection, kind of shied away from the radio.  I swear to God if I hear "Sharp Dressed Man" one more frickin' time!  When I was working overnights at The LoveTel there were many o' times that I wanted to turn the TV off and just listen in the darkness (oh yesth).  Anyway.

When I finally relented and decided last December that I should get a phone that does more than just calling and texting, I started to discover the whole apps thing and all that other stuff I had heard people talking about.  Now Wil is a technology type and he loves him some electronics so it was kind of queer (lol) of him to deny himself all of this fun for so long.

So now that you know the "rest of the story" (Paul Harvey ruled!), TuneIn radio kicks ass!  They cover a ton of the stations throughout the US and abroad and even have a good amount of police and fire frequencies, etc. from across America.  Also their reception seems a lot better than some of the actual stations online offerings from their sites.  Go and check them out now:

And whilst you're there, I HIGHLY recommend Planet Rock.  This station out of London absolutely kicks ass!  I've heard songs on this station that I haven't heard in years or you just plain have never heard on radio to begin with.  The other night I got Revelations by Iron Maiden followed by Black Knight from Deep Purple, Sign Of The Southern Cross by Black Sabbath and then a song I'd never even heard from Thin Lizzy.  Some of the new rock they play is quite good also and I've gone and sought out at least 4-5 of theses artists/acts cause I wanted to hear more from them.  Yeah, this is Wil's idea of radio, they probably don't play Money by Pink Floyd every 2 hours. In fact as I type this they're doing their "Metal Hammer" show which for those that like it that hard, you can't beat it.  Not really Wil's cup of tea there, I don't go anywhere south of Maiden myself, LOL.  If you like to rock, go and check them out now!  Yes Heff, you can listen to them on your computer, don't have to have one of those cell phone contraptions. 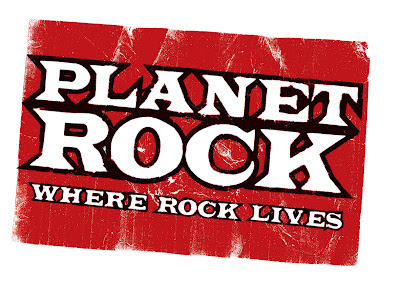 I'll be regularly passing along some of my fav apps, stay tuned for more!  The Commander, out!