The lineup was announced what is now yesterday and looking through it I pretty much found the regular fare until I got to The Cars.  The Cars, really? 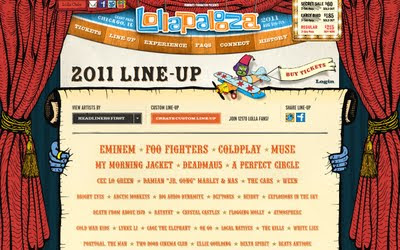 Apparently Ric Ocasek had some material he was thinking about releasing and decided instead of doing it solo or getting a recording band together he would just call up his old band mates and do it with them.  The bass duties will be handled by keyboardist Greg Hawkes for the late Benjamin Orr who passed away back in 2000.  Ocasek apparently will handle all of the lead vocals which I can't say I am too excited about.  I've never thought of him as a very strong vocalist and he certainly doesn't have the voice for "Just What I Needed" and especially "Drive", both of which were sung by Orr.  Here is a sampling of a new tune called, "Blue Tip" off of their new disc, "Move Like This".


So, how excited are you now?  Yeah, same here.  Not exactly my cup of tea from what I have heard thus far.  But I will try and maintain an open mind when I review this new effort in it's entirety.  And now, here's The Cars we knew and loved.


Now that rocks!  So, do you think Benjamin Orr ever had any trouble getting women?  He sure was a good looking man says Wil in a self-assured, heterosexual way.  Hell of a singer too.  Rock on peeps!